HUNDREDS TRY TO STORM SERBIAN PARLIAMENT AS PROTESTS HEAT UP

Police fired tear gas at hundreds of demonstrators who tried to storm Serbia's parliament on Friday, the fourth night of protests against the Balkan country president's increasingly authoritarian rule.

Demonstrators — who were defying a ban on mass gatherings amid a spike in virus infections — threw bottles, rocks and flares at the police guarding the domed parliament building in central Belgrade and removed the metal fences in front of it. Smoke rose above the entry stairway. Read more HERE. 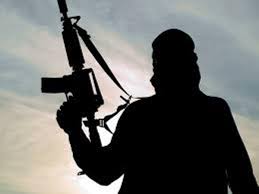 At least 180 civilians have been killed in recent months in a single town in Burkina Faso, with evidence pointing towards the country’s often-accused security forces, according to a report by Human Rights Watch (HRW).

Between November 2019 and June this year, groups of dozens of dead bodies were found often tied and blindfolded, strewn along major highways, beneath bridges and across fields in the rural region, the report published on Thursday said. Most of the bodies were buried by residents while the remains of others were left unclaimed. Read more HERE.

The missing mayor of South Korea’s capital, reportedly embroiled in sexual harassment allegations, was found dead early Friday, more than half a day after giving his daughter a will-like message and then leaving home, police said.

Police said they located Park Won-soon’s body near a traditional restaurant in wooded hills in northern Seoul, more than seven hours after they launched a massive search for him. Read more HERE.

DEATH TOLL FROM FLOODING IN JAPAN ROSES TO 50, DOZEN MISSING

Japan's disaster management agency said the death toll from recent flooding has risen to 50 and at least a dozen others are still missing. Pounding rain since late Friday in Japan's southern region of Kyushu has triggered widespread flooding.

The Fire and Disaster Management Agency said 49 of the dead confirmed as of Tuesday morning were from riverside towns in the Kumamoto prefecture. One person was found dead in another prefecture of Fukuoka as the heavy rain spread across the southern area. At least a dozen people are missing. Read more HERE

GERMANY IS FIRST MAJOR ECONOMY TO PHASE OUT COAL AND NUCLEAR

German lawmakers have finalized the country's long-awaited phase-out of coal as an energy source, backing a plan that environmental groups say isn't ambitious enough and free marketeers criticize as a waste of taxpayers' money.

Bills approved by both houses of parliament Friday envision shutting down the last coal-fired power plant by 2038 and spending some 40 billion euros ($45 billion) to help affected regions cope with the transition. Read more HERE